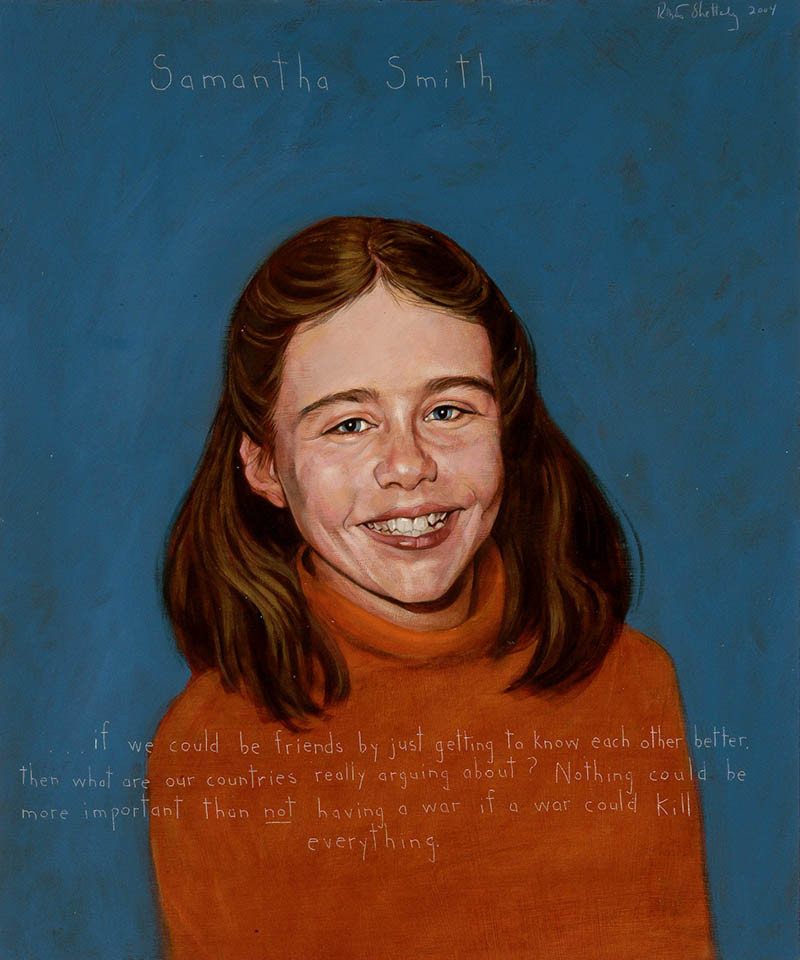 “If we could be friends by just getting to know each other better, then what are our countries really arguing about? Nothing could be more important than not having a war if a war could kill everything.”

From about 1950 to 1989 the United States went through a period in relation to the Soviet Union (Russia) that was called the Cold War. Neither side fired a shot (which would have meant a hot war), but both sides built more and more nuclear weapons, escalating the number and size of the weapons in response to the perceived threat from the other. Hundreds of millions of people in both countries lived in fear that either by aggression or accident a war would start and everything would be annihilated. Perhaps, the whole world destroyed.

In 1982 Samantha Smith was a frightened 10 year old girl in the small community of Manchester, Maine. One day she asked her mother, Jane, if she would write Yuri Andropov, the Premier of the Soviet Union, and ask him whether the Soviet Union intended to start a war. Samantha’s mother answered, “Why don’t you.” Samantha did, and Premier Andropov wrote her back inviting her to come to the Soviet Union to meet Russian people and see that they were peace loving with no desire to start a war.

Samantha’s trip to the Soviet Union was a great success. She made lasting friendships with Russian children. She was so inspired her that she became an international spokesperson for peace, traveling as far as Japan to talk with people about the necessity for stopping the Cold War and finding a way to live together. The stakes were too high not to find a way to peace.

Tragically, in 1985 at the age of 13, Samantha was killed along with her father in a plane crash as the plane attempted to land at Maine’s Lewiston-Auburn Regional Airport. Smith, who had become something of a celebrity after her trip to the Soviet Union, was returning from filming a television program. More than 1,000 people attended her funeral and Mikhail Gorbachev sent a personal message: “Everyone in the Soviet Union who has known Samantha Smith will forever remember the image of the American girl who, like millions of Soviet young men and women, dreamt about peace, and about friendship between the peoples of the United States and the Soviet Union.”

Ronald Reagan also sent his condolences, writing, “Perhaps you can take some measure of comfort in the knowledge that millions of Americans, indeed millions of people, share the burden of your grief. They also will cherish and remember Samantha, her smile, her idealism and unaffected sweetness of spirit.”

A life-sized bronze statue of her stands outside the State House in Augusta, Maine. The statue features Samantha’s warm smile as she reaches out to release a dove of peace. Samantha made a huge difference in the way Russians and Americans thought about the Cold War, the humanity of each other, and the possibility of peace.