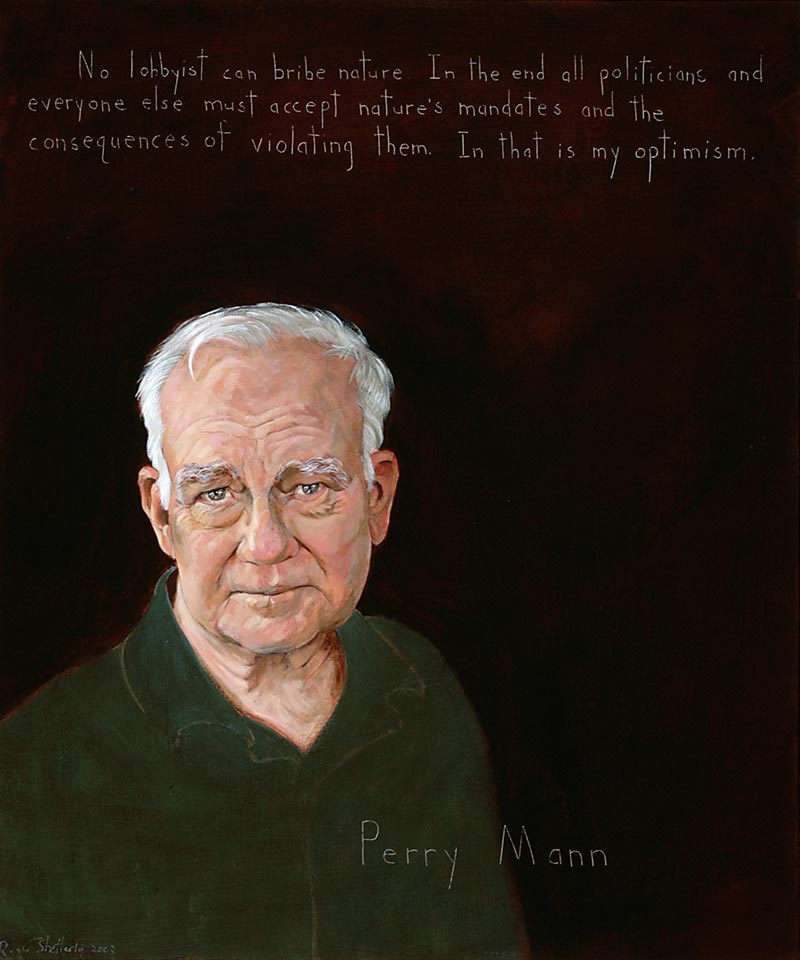 “No lobbyist can bribe nature. In the end all politicians and everyone else must accept nature’s mandates and the consequences of violating them. In that is my optimism.”

Perry Mann was born on the 12th day of March 1921, in a cottage on Russell Street in Charleston, West Virginia, to a young couple who had left the country for the city after World War I. He grew up there during the Roaring Twenties, a time when men gambled recklessly on the market and women cut their hair, shortened their skirts and took up smoking cigarettes.

The Great Depression quieted the roar and brought financial havoc to his family. But it was a disguised blessing in that it caused him to leave Charleston to live with his grandparents on a farm near Hinton, West Virginia, where he learned to work and to live intimately with nature.

He enlisted in the Army Air Corps three days after Pearl Harbor. During the four years he spent in the army, he began to focus on what he wanted to do with his life. The GI Bill of Rights allowed him to attend Washington and Lee University where he acquired a degree in the liberal arts and discovered Plato, Tolstoy and Dickens, among others.

He taught in the public schools of Virginia until he was summarily fired for writing letters to the editor raging against Virginia’s racist reaction to the court-ordered desegregation of its public schools. He eventually returned to Washington and Lee and acquired a law degree and, in 1972, settled in Hinton to practice law.

As the consequence of a life-long friendship with a friend who inherited a weekly newspaper in Nicholas County, WV, he began in 1992 to write a column for the Nicholas Chronicle. A friend collected some of the columns and prefaced them with the following words:

“Perry Mann is among the most thoughtful, informed and articulate progressive thinkers and writers in America today. He writes deeply on wide-ranging issues, including politics, ecology, history, economics, civil rights, religion, philosophy, and rural life. He has produced what may be the most cogent collection of critiques of the Religious Right to ever appear in this country.”