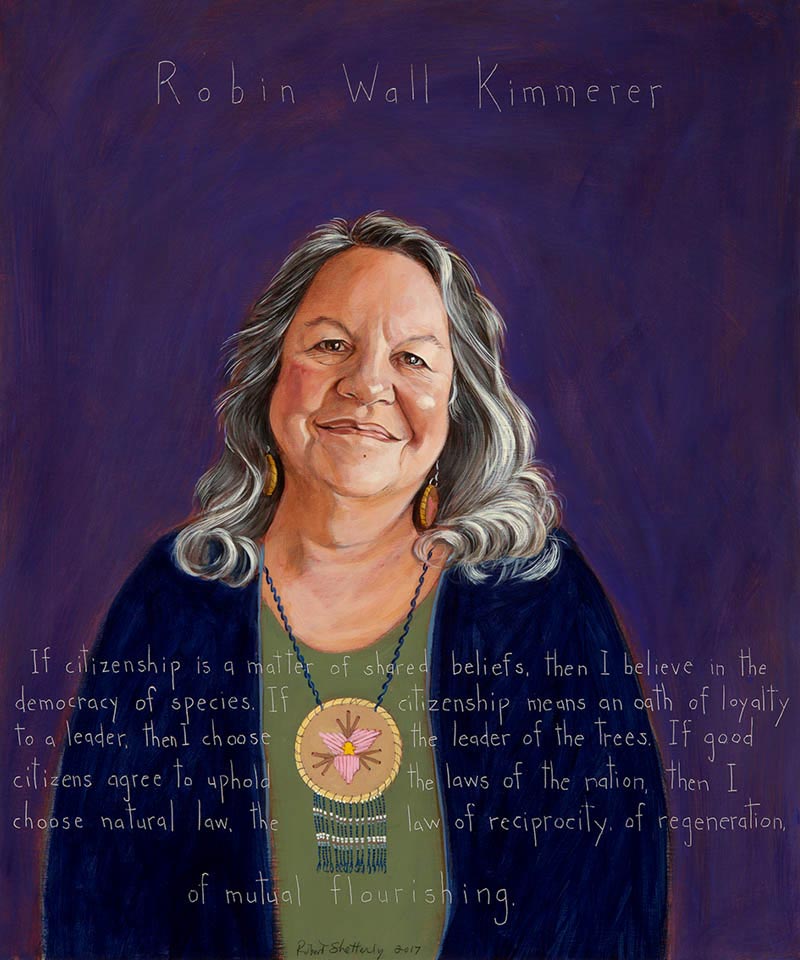 AWTT Exhibit: Without Courage There Are No Other Virtues

ArtRage Gallery, in Syracuse, New York, welcomes back Robert Shetterly and Americans Who Tell the Truth with this exhibition of twenty portraits not previously exhibited in their space. The show will run from September 10 to October 29, 2022. Portrait subject Clifford Ryan will speak October 7, 7 – 9 p.m., about his important work advocating for his home community of Syracuse. Artist Shetterly will offer an artist’s talk On October 27, 7-9 p.m.

Shetterly selects his subjects as “real, complex human beings, whose acts for the common good can be emulated by all of us, any of us – they need to be emulated by all of us! The saving grace of a healthy democracy is not a handful of heroes but a culture of engaged citizenship inspired by the courage of truth tellers. Courage invigorates democracy. For twenty years it has been the mission of Americans Who Tell the Truth to teach responsibility for the injustices we create and provide role models for how to remedy them for a just society.”

For the past 20 years, Robert Shetterly’s Americans Who Tell the Truth portrait series has tried to be a lantern that throws its light forward and back–knowing the truth of the past’s struggles for justice is essential to seeing clearly the obstacles and possibilities in the future.

“ArtRage, the Norton Putter Gallery, celebrated its 10th Anniversary in the fall of 2018.

Dik Cool the president of Syracuse Cultural Workers, and Rose Viviano, now the Gallery Director, founded ArtRage Gallery. The gallery, with its unique mission to exhibit art for social change, continues a long tradition of progressive social activism in Central New York. Since 1982, the Syracuse Cultural Workers has published the work of artists creating work on social justice and environmental themes. From this work, Dik Cool realized there was a need to show this type of art, and more of it, to a local audience. And thus, a new organization, The CORA Foundation was formed. The first project of The CORA Foundation was to establish ArtRage Gallery.

With a generous donation from funding donor, Ruth Putter, renovations to the building at 505 Hawley Avenue began in 2007. In gratitude of Ruth Putter’s gift, the gallery was named in honor of her late husband, Norton Putter. The gallery opened with its first exhibition, Combat Paper in October 2008.”